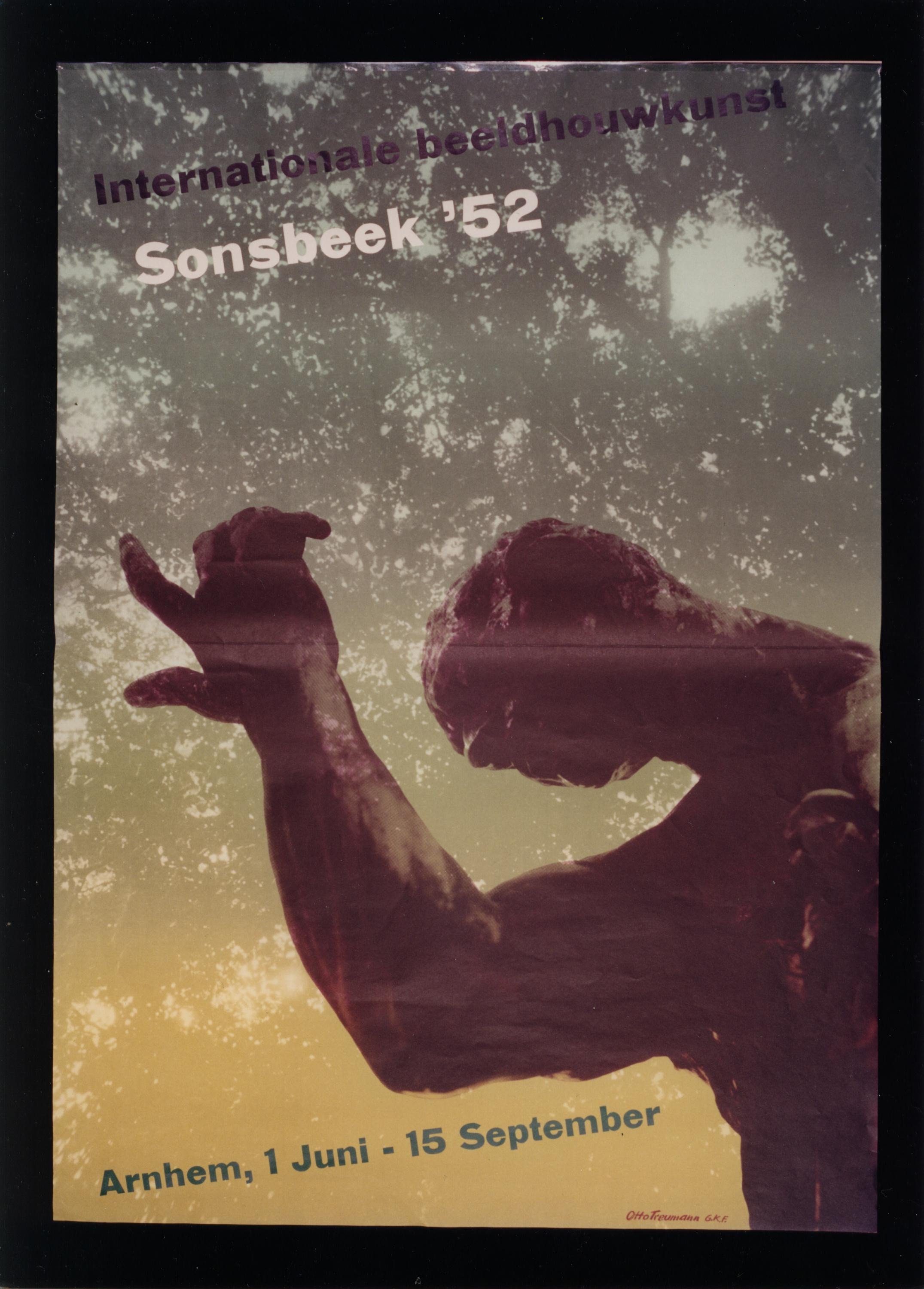 In terms of its organization and ambitions, sonsbeek '52 can largely be regarded as a repetition of the first, well-attended Sonsbeek exhibition. Again, a jury, appointed by the Dutch Circle of Sculptors (consisting of art experts and artists), chose the artists and artworks. Once more, there was a small pavilion made from reeds, designated for smaller sculptures. However, unlike the first sonsbeek, where over three-quarters of the work was made by Dutch artists, sonsbeek '52 paid more attention to the works of French Neo-classicist masters such as Auguste Rodin, Artistide Maillol, Charles Despiau, and Antoine Bourdelle. Furthermore, several contemporary and rather avant-garde, were also included, such as the Italian Marino Marini (Equestrian statue) and the Frenchman Jean Arp (Preadamitische tors). There was one work that could be seen as truly innovative: a mobile by the American Alexander Calder.