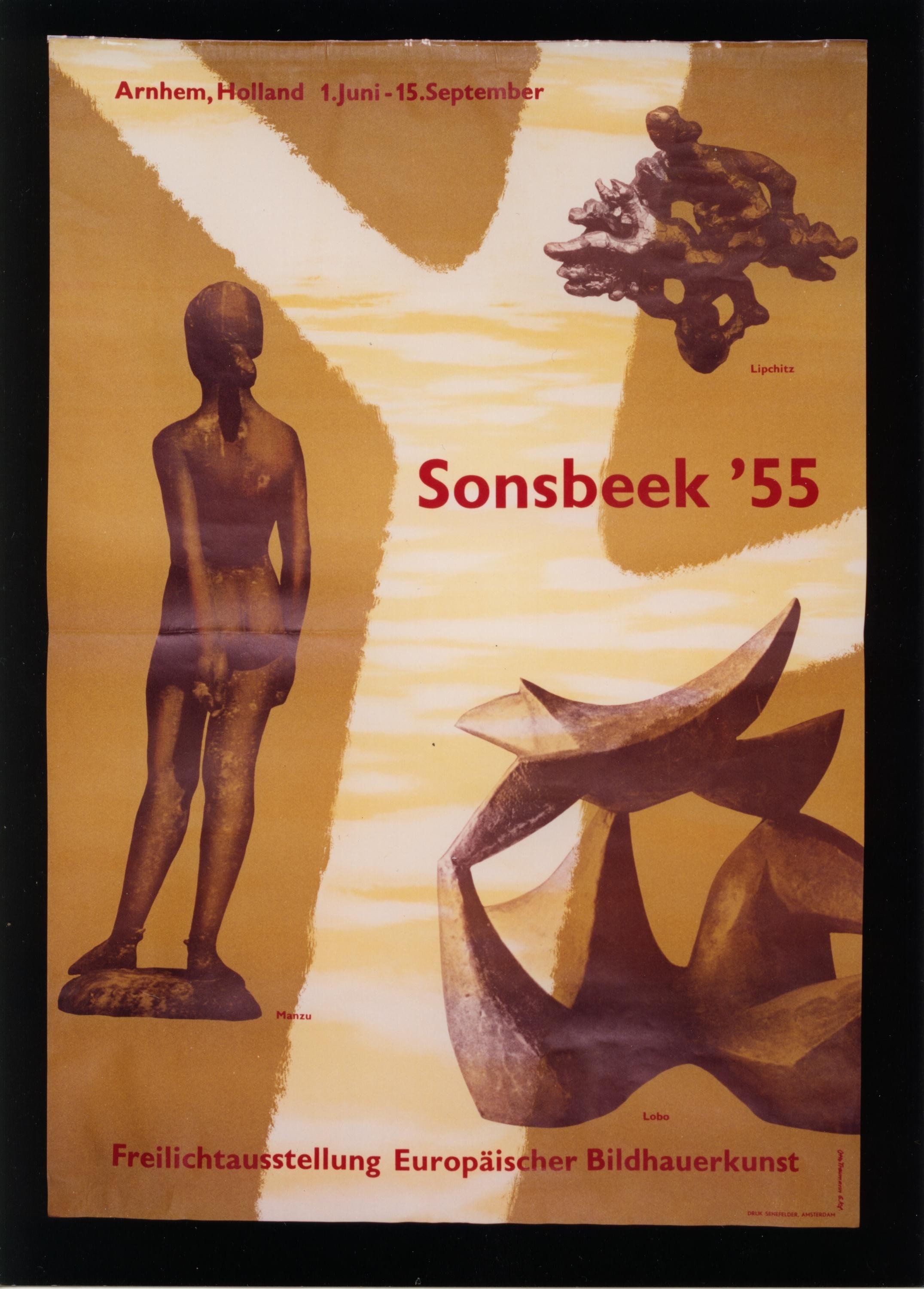 In 1955, the green lawns surrounding the White Villa in Park Sonsbeek park were once again engulfed with bronze and stone sculptures made by French Neo-classicists and their Dutch, Belgian and Danish followers. In his introduction, the sonsbeek chairman Jan de Goeijen emphasized the nature in the park. According to Goeijen, it provided a moment of “tranquillity and intense enjoyment”, thanks to its enrichment with sculptures. Many well-known sculptors, including Rodin, Maillol, and Moore, were represented once again in “another fascinating overview of artistic sculpture since the second half of the last century”, as the catalogue described it. The international exhibition also included a number of 'innovators', such as Picasso, Giacometti, Arp and Wolkers; artists who, according to the catalogue, worked “more expressionistically”. This edition gained international reputation thanks to the Rietveld pavilion, which impressed the audience and was later rebuilt in the sculpture garden of the Kröller-Müller Museum. Again, a jury, appointed by the Dutch Circle of Sculptors (consisting of art experts and artists), chose the artists and artworks of this edition.