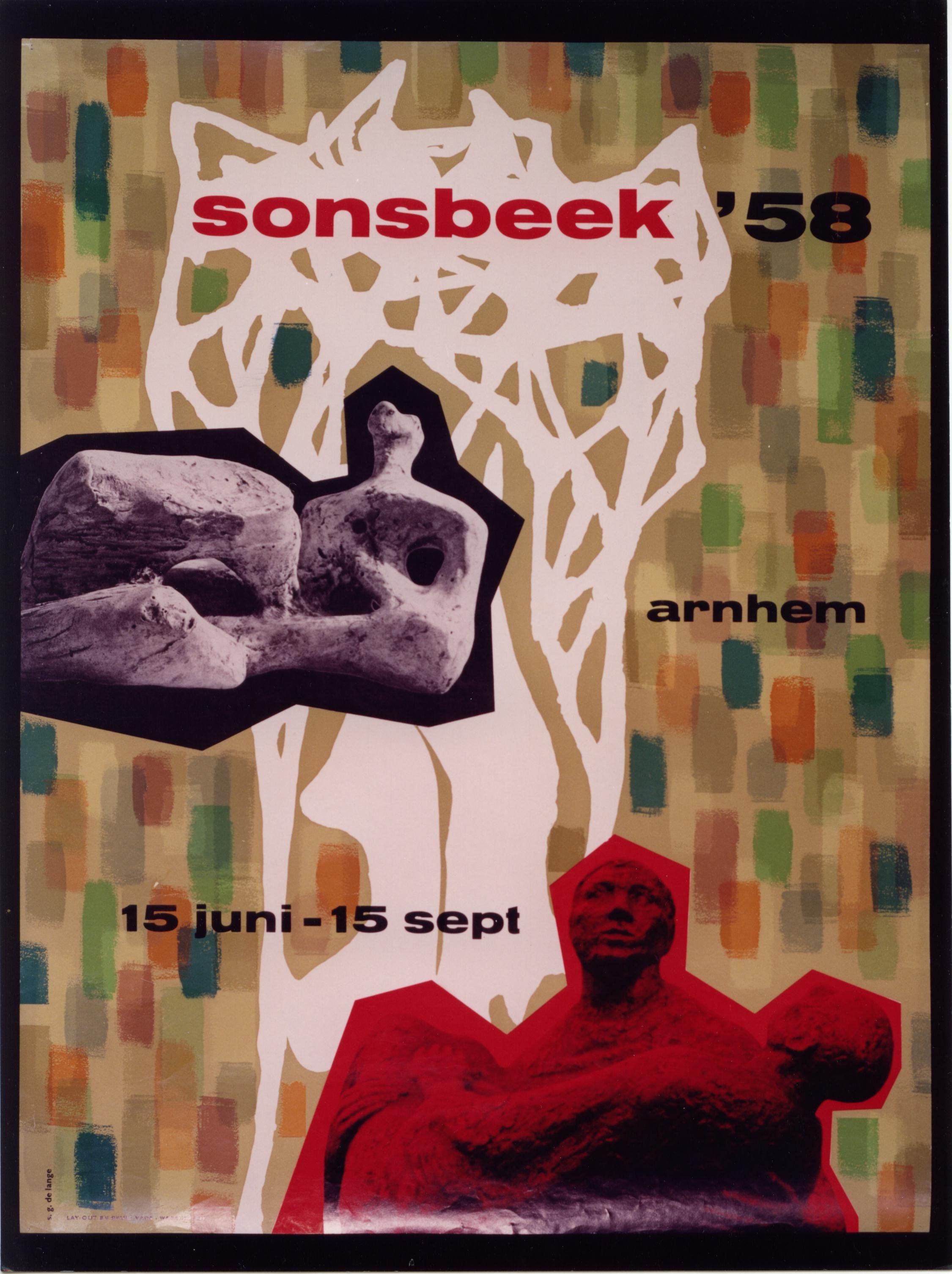 With artworks from ten different European countries, and 337 artworks in total, sonsbeek '58 again presented a mainly European overview of sculptural art. There was still an emphasis on French sculptural traditions, which was still considered as the starting point of innovation. The fourth edition of sonsbeek showed both abstract and figurative works and was able to present a more in dept overview of the state of sculptural art in Europe. For example, thanks to 80 exhibited sculptures made by Italian artists, visitors were well informed on the state of sculptural art in Italy. Furthermore, the ‘58 edition showed more works by German artists compared to previous editions. Apart from this change, the discrepancy between the works of deceased artists such as Honoré Daumier (who died in 1879) and Auguste Rodin (who died in 1917), and more contemporary innovative works by young artists such as Andre Volten (born in 1925) became more apparent. Again, a jury, appointed by the Dutch Circle of Sculptors, chose the artists and artworks. The number of visitors was somewhat disappointing, partly due to the fact that by now the concept had been copied in many other places and sonsbeek had become more predictable. Discussion arose regarding a more avant-garde approach, and it was questioned whether sonsbeek should continue to be organized every three years.