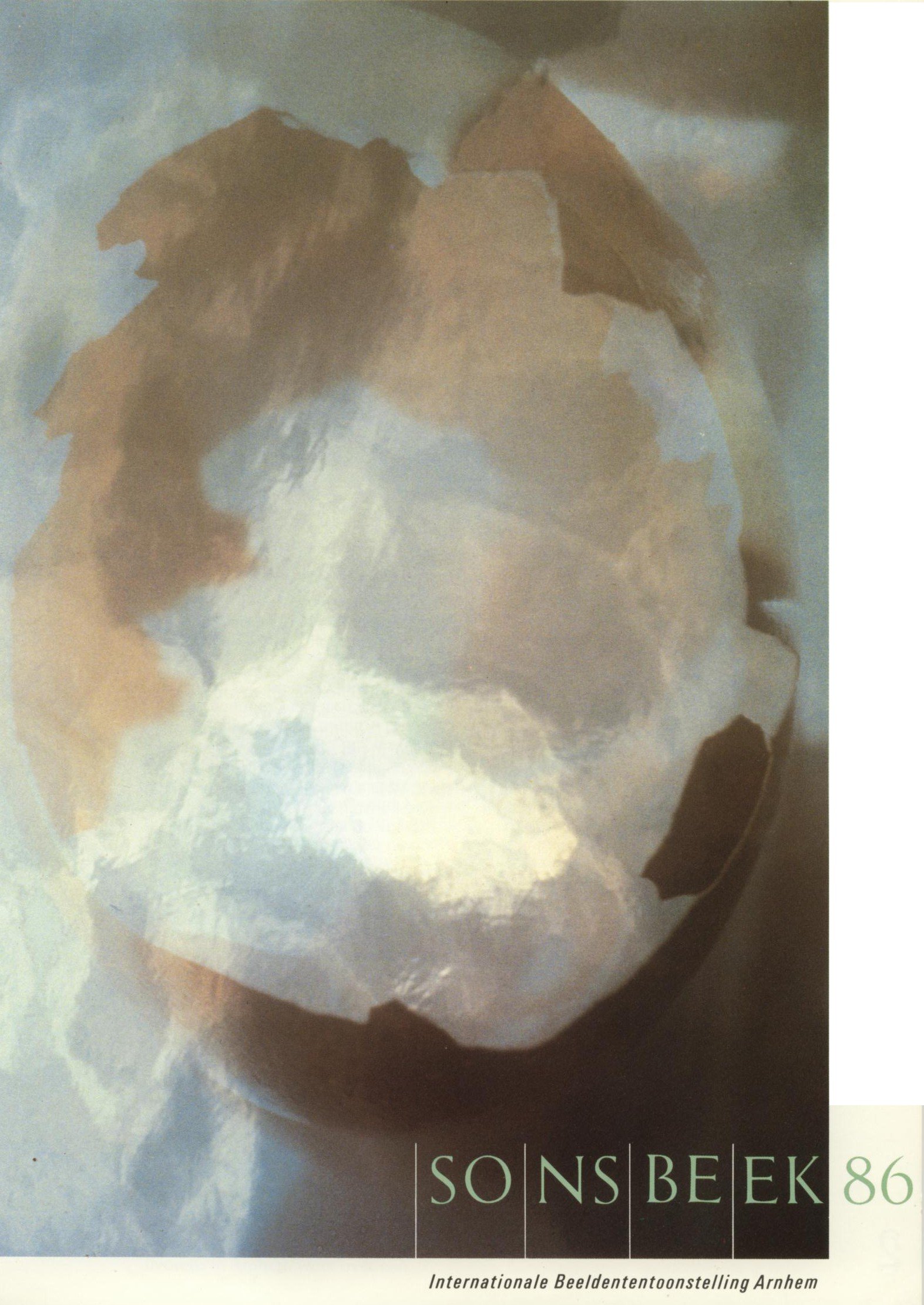 Fifteen years after ‘sonsbeek beyond the boundaries’, sonsbeek ’86 lead by artistic director Saskia Bos was considerably smaller. Bos placed most of the artworks in the Sonsbeek Park; about half of them were specifically made for the exhibition. Another part of the exhibition was located in Museum Arnhem. Bos reflected on current developments in art on the basis of concepts such as the 'skin' of the artworks. The project resembled an art-historical essay in the form of an exhibition, supported by many poetic and literary references in the accompanying catalogue. Because of the inclusion of some fragile works, two glass pavilions were realised in the park. In doing so, Bos wanted to emphasize the artificial character of the park (the Floating Sonsbeek Pavilion by architect Wiek Röling and the Exposition pavilions of Benthem Crouwel Architects). As Bos wrote in the introduction: "Because more than ever before, the artworks are now artificial products that do not adapt to nature, let alone merge with it". In short, sonsbeek '86 created an image of divergent developments in contemporary sculpture. Some of the artworks could be described as "museum art", while others "merged" with Sonsbeek Park.