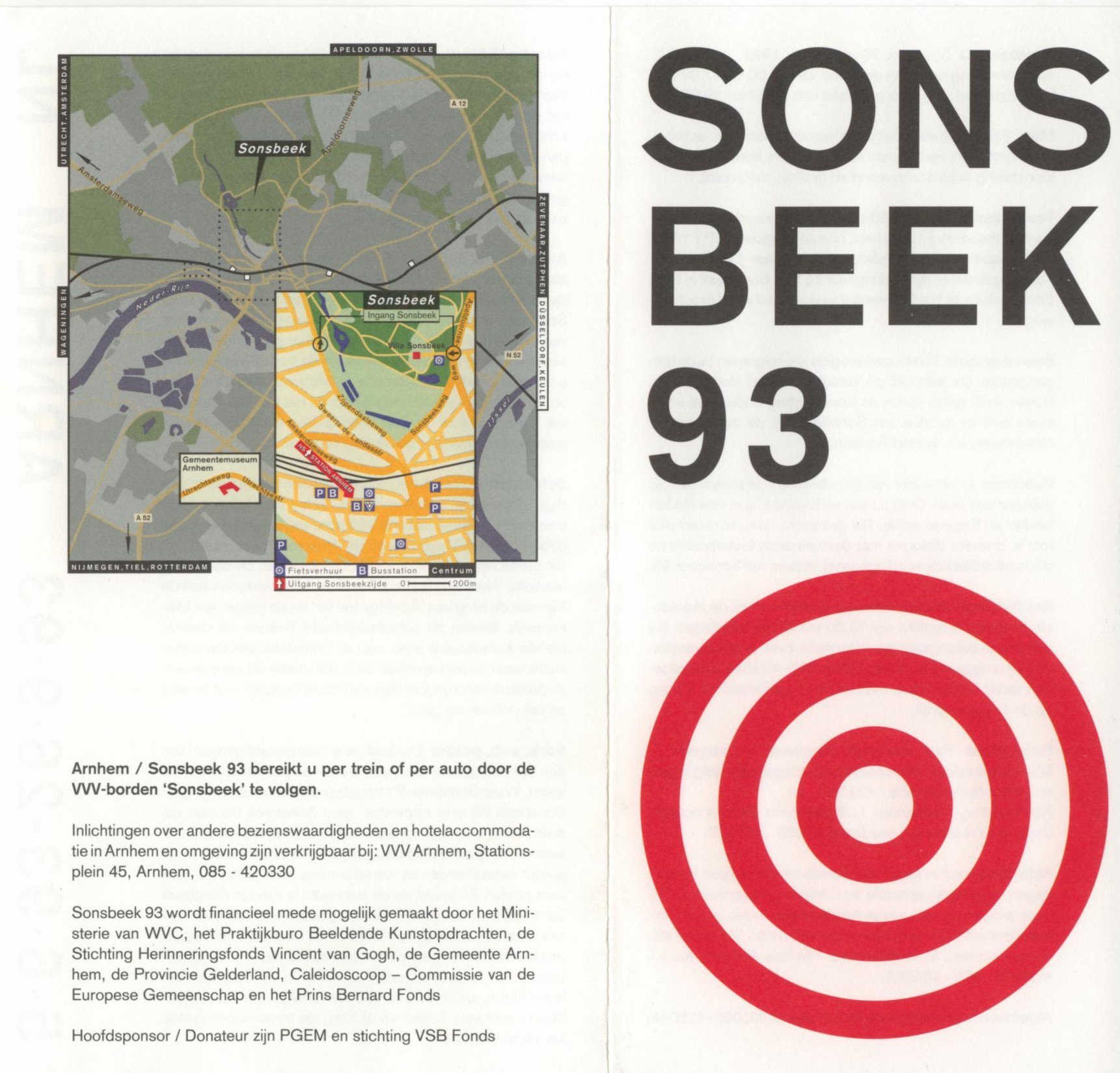 During the preparations of each new sonsbeek exhibition, the question arises how art can or should be placed in the park. Like her predecessor Saskia Bos, the American curator Valerie Smith developed her own strategy for sonsbeek ‘93. Smith's ideas can be summed up with the words identity, transparency, and process. First of all, she divided Arnhem into three rings, three zones, each with its own character: Sonsbeek Park as a recreational environment, the city of Arnhem as urban environment and the Meinerswijk polder on the southern outskirts of the city as scenic space. These three rings are depicted in the logo of Sonsbeek '93.

48 artists from all over the world were invited to create site-specific works. Valerie Smith worked closely together with them as a kind of co-producer. The catalogue can be read as a personal diary. Smith asked the artists to critically examine the identity of a place, if possible also in relation to its residents. The central questions were: How are public spaces set up? How do they function? Who uses them? This resulted on the one hand in enigmatic works such as Michael Asher's project with 24 text signs on tree stumps in Sonsbeek Park, and on the other hand in provocative art, such as Marc Quinn's 12% Proof, also known as "The Pisser" ("The urinator"). Located next to the Koepelkerk (a church), this work, featured a sculpture of a man with an erection in a phone booth. This work received a lot of media attention, sparked fierce debate, and was defaced and vandalized.

Finally, in many ways sonsbeek '93 could also be considered a process rather than a finished exhibition: in many cases, the finished art work was not the main goal; the focus was on the process that preceded it, or the reactions that the works provoked. This idea was also reflected in the catalogue, which only describes the process of cooperation between Smith and the artists. Images of the final artworks were largely absent. The reactions to Smith’s concept were critical. However in retrospect, sonsbeek ‘93 is considered an important exhibition in the development towards a more social practice of art. The American writer Jens Hoffman counts sonsbeek 93 among the fifty most influential exhibitions of contemporary art.