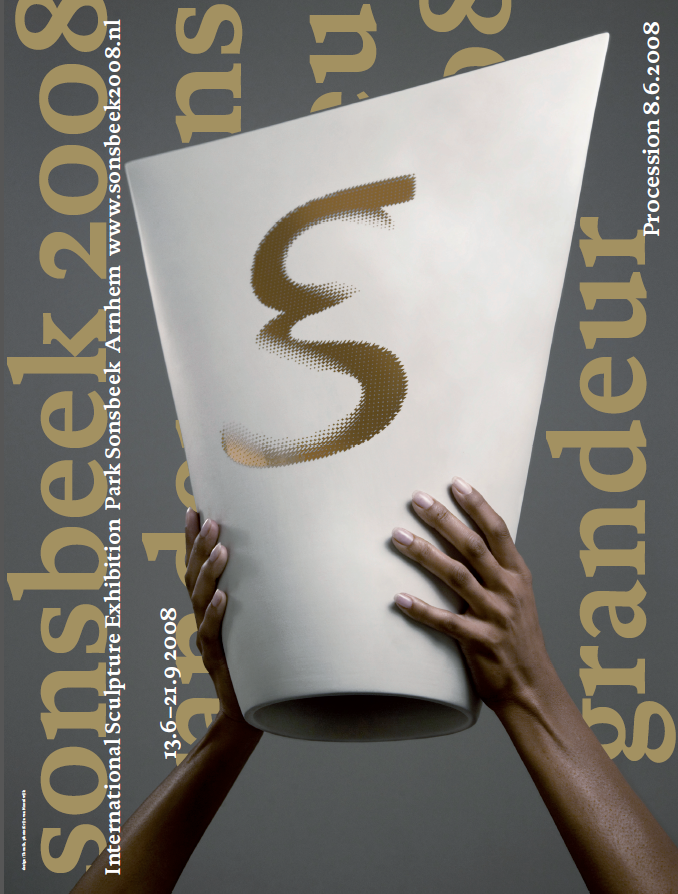 In 2008, the art critic and curator Anna Tilroe was in charge as the artistic director of the tenth edition of sonsbeek. The premise this time was not "a focus on the location through the eyes of the art", the motto of Sonsbeek '01, but a focus on the position of art in modern Western societies. According to Tilroe, a depression had been taking place in the art world. With the theme Grandeur, or "human striving for greatness", her goal was to present art in a different light. According to Tilroe, the current age, the start of the 21st century, was characterized not only by global shifts in the field of politics and the economy, but also in terms of discussions on climate and communications with people primarily seen as consumers. Art had also changed and was increasingly being influenced by the market. At the time of sonsbeek 2008 there were "no more optimistic visions," as she put it in the sonsbeek 2008 exhibition catalogue.

Despite the reduced optimism, or idealism, people’s desire for greatness still remained and therefore also the longing to transcend themselves. It was up to artists to revive these deep and underlying desires. Tilroe saw this as a social responsibility of art and gave the art and artists an important role in this process, reminiscent of the lost avant-garde ideal of uniting art and society. This unification was not unthinkable: for the opening of sonsbeek 2008, there was a procession involving nearly a thousand people. The artworks (or parts of them) were literally and figuratively carried through the streets of Arnhem by people who had grouped together in thematic guilds. The procession was a big success and is still etched into the memory of many Arnhem residents. Afterwards, the 28 artworks, most of which were installations, were placed in the familiar Sonsbeek Park.