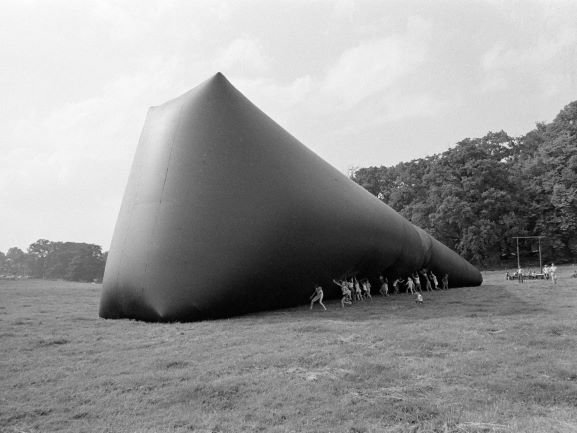 Sonsbeek archive: an archive for the people, by the people

As part of sonsbeek20→24, we are creating a special archive together with the public that will bring together the present, past and future.

Sonsbeek is known both nationally and internationally as a pioneering exhibition for contemporary art in the public sphere. The first four editions (1949, 1952, 1955, 1958) took place regularly, after which sonsbeek was organised at irregular intervals (1966, 1971, 1986, 1993, 2001, 2008, 2016) by an ever-changing organisation. Material from these exhibitions is scarce and also dispersed among various (personal) archives in and outside the Netherlands. Sonsbeek never built its own archive. This absence offers the team of sonsbeek20→24 a possibility to create an archive from scratch, which is quite an unique departure point within the context of the global art landscape and its institutions. What does it mean to build an archive from ruins, absences and leftover memories?

The sonsbeek archive will focus on the (oral) histories, presences and futures of sonsbeek, piecing, remixing and bringing together official records, frustrations, conversations, gossip, refusals, memories and sounds. It doesn’t aim to close the gaps, silences and dust, but attempts to lay its colonial, gendered wounds open for collective and intergenerational dialogic scrutiny and manifestations. With this living archive, sonsbeek20→24 wants to develop a decelerated slow archival process that embraces a transparent, chaotic and inquisitive communal practice.

In 2019, we started the sonsbeek archive project with an open call to the public. We invited the public to share material for the future archive (photos, videos, newspaper clippings, ego-documents, objects, etc., etc.). In addition to physical material, we have been collecting personal memories and stories of people. These oral histories, representing new voices and perspectives, are very important for the sonsbeek archive as the oral histories have barely been archived in the past. Our open call is still ongoing, for more information please see 'Open Call'.

If you have any queries about previous sonsbeek editions, or if you are in the possession of documents, photographs or stories about sonsbeek-editions in the past? Please contact us via archief@sonsbeek.org.