In 2001, Ellen Gallagher began Watery Ecstatic, an ongoing series of watercolours that combines marine biology with an Afrofuturist mythology inspired by the Detroit techno duo, Drexciya. It imagines a Black Atlantis inhabited by the descendants of pregnant west African women who were thrown overboard during Middle Passage crossings to America. The watercolour paintings fizz with bubble-like forms which, in Gallagher’s own improvisation on the mythology, have come to symbolise the Babylon lost future children of these drowned slaves. In 2008, she began Morphia, a series of double-sided paper works completed in 2012. At first sight, the series seem to interconnect in terms of seriality, materiality and making, but diverge in content: the first involves a fantastical underwater ecosystem and the second involves Janus-faced heads that appear like resurfaced artifacts from a buried world. Yet they share the Black mythopoetic topoi of Gallagher's signature preoccupations wherein the oceanic creatures of Watery Ecstatic often sprout heads encrusted with briny matter and the two-sided heads of Morphia sometimes morph into watery zones teeming with subaquatic life. That morphing unites Gallagher’s oeuvre, at least since 2001 when she shifted from a more minimalist facture to richly propagative organic material.

Morphia takes up that way of working with paper by exploiting the translucency and two-sidedness of various Washi papers, exhibited in glass mounts so both recto and verso sides are visible. The works explore the way the discrete form of a head, human or otherwise, transmogrifies into something else by seeping and/or being sculpted into its fibrous stratum to leave traces on the other side, suggesting other forms. The topos of hair yields a wateriness from which an array of creatures and patterns merge.

More recent iterations of Watery Ecstatic develop both the thick, sculptural dimension of paper and the Drexciyan biosphere that grows out of it shared with Morphia. A large vertical 2021 variant of Watery Ecstatic combines the ghostly watercolour effects of the versos of the Morphia series with the low-relief cut paper of their recto sides to produce a world of phantom seaweeds sprouting polyp-, egg- and seed-like forms.

Watery Ecstatic ( RA 18h 35m 37.73s D37° 22' 31.12' ) transforms drawing by line into drawing by cutting, whereby the artist combines intentional cuts with scored and scarified paper, bringing the materiality of the surface to the fore and making its back side count in the marking of its front side. Not only does this roughen and de sublimate the clean whiteness of the paper ground, it also makes its mark in, rather than on, that ground, transforming the gesture of line into one of cleavage, a splitting of matter. Likewise, the coordinates in the title of Gallagher's work lead us to a star that Drexciya registered under the band's name. Overlaying her geographical site with the coordinates of Drexciya's star, Gallagher suggests that reckonings both historic and sonic cannot be circumvented.

Ellen Gallagher (1965, Providence) lives and works in Rotterdam, the Netherlands, and New York. She attended Oberlin College, Ohio; S.E.A., Woods Hole, Massachusetts; the School of the Museum of Fine Arts, Boston (1992); and the Skowhegan School of Painting and Sculpture, ME (1993). Resurfacing is a key concept for the artist, extending far beyond the physical materiality of a painting to what that painting does, and how we receive and process that information. Her early work introduced reflective surfaces and the lumpy keloid scarring that has been a feature of her work since an ongoing series of all-black, textured paintings that she began making in 1998 to illustrate the psychosis of race relations in western abstract art. Gallagher received the American Academy of Arts and Letters Award in Art in 2000. Her numerous solo exhibitions include: Ellen Gallagher with Edgar Cleijne, Centro Botín Centre, Santander & Centro de Arte Dos de Mayo, Madrid, 2022; Ellen Gallagher, Hauser & Wirth, London, 2021; Ellen Gallagher, Gagosian, Paris, 2019; Ellen Gallagher with Edgar Cleijne: Liquid Intelligence, WIELS, Contemporary Art Centre, Brussels, 2019; Ellen Gallagher in Artist Rooms, Tate Modern, London, 2018; Are We Obsidian?, Art Institute of Chicago, 2018; Ellen Gallagher: Nu-Nile, The Power Plant, Toronto, 2018; and Ellen Gallagher: Better Dimension, Bonniers Konsthall, Stockholm. Gallagher’s work has been featured in many group exhibitions and her work is held in more than 25 museum collections, including those of the Museum of Modern Art, New York; Tate, London; and Whitney Museum of American Art, New York. 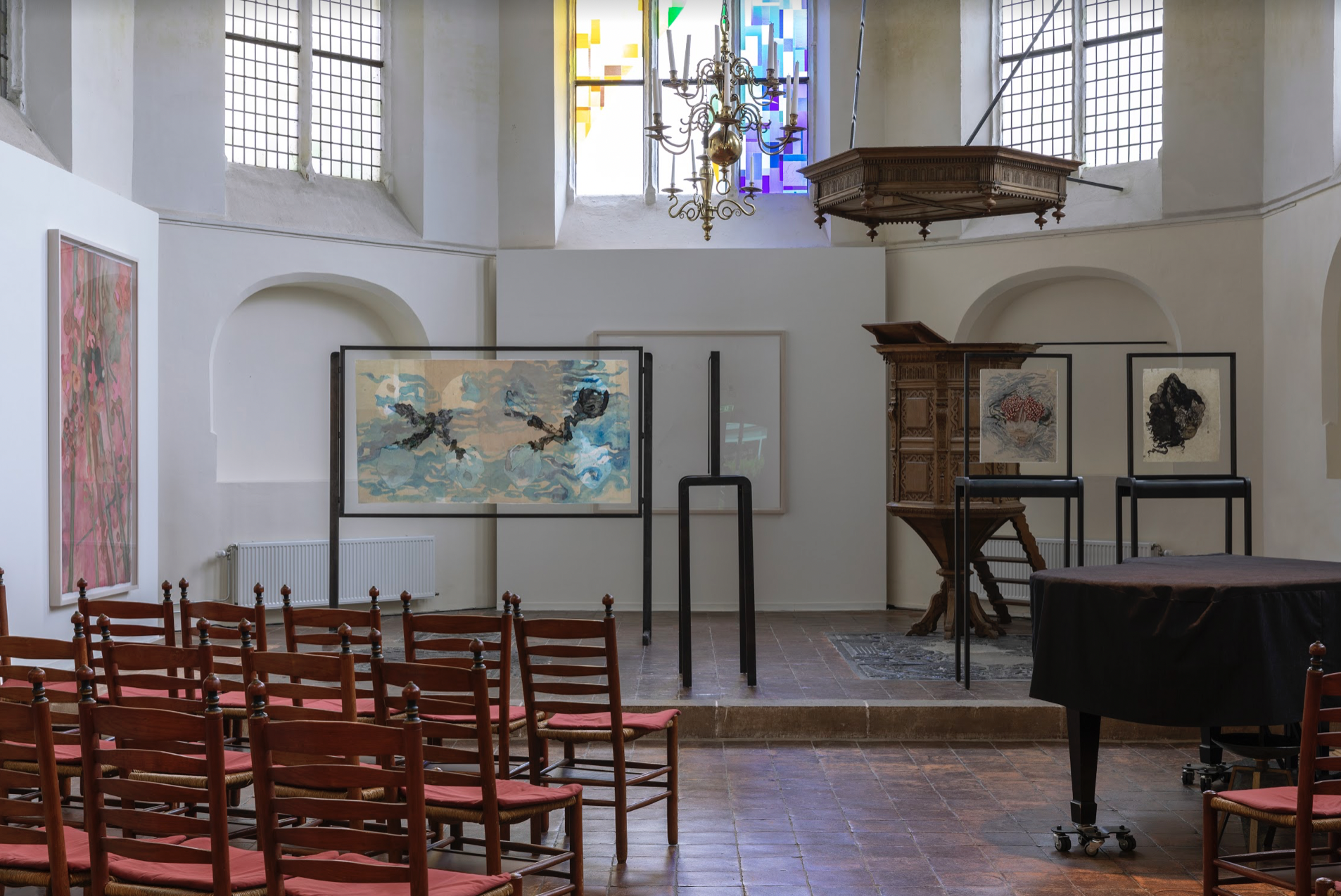 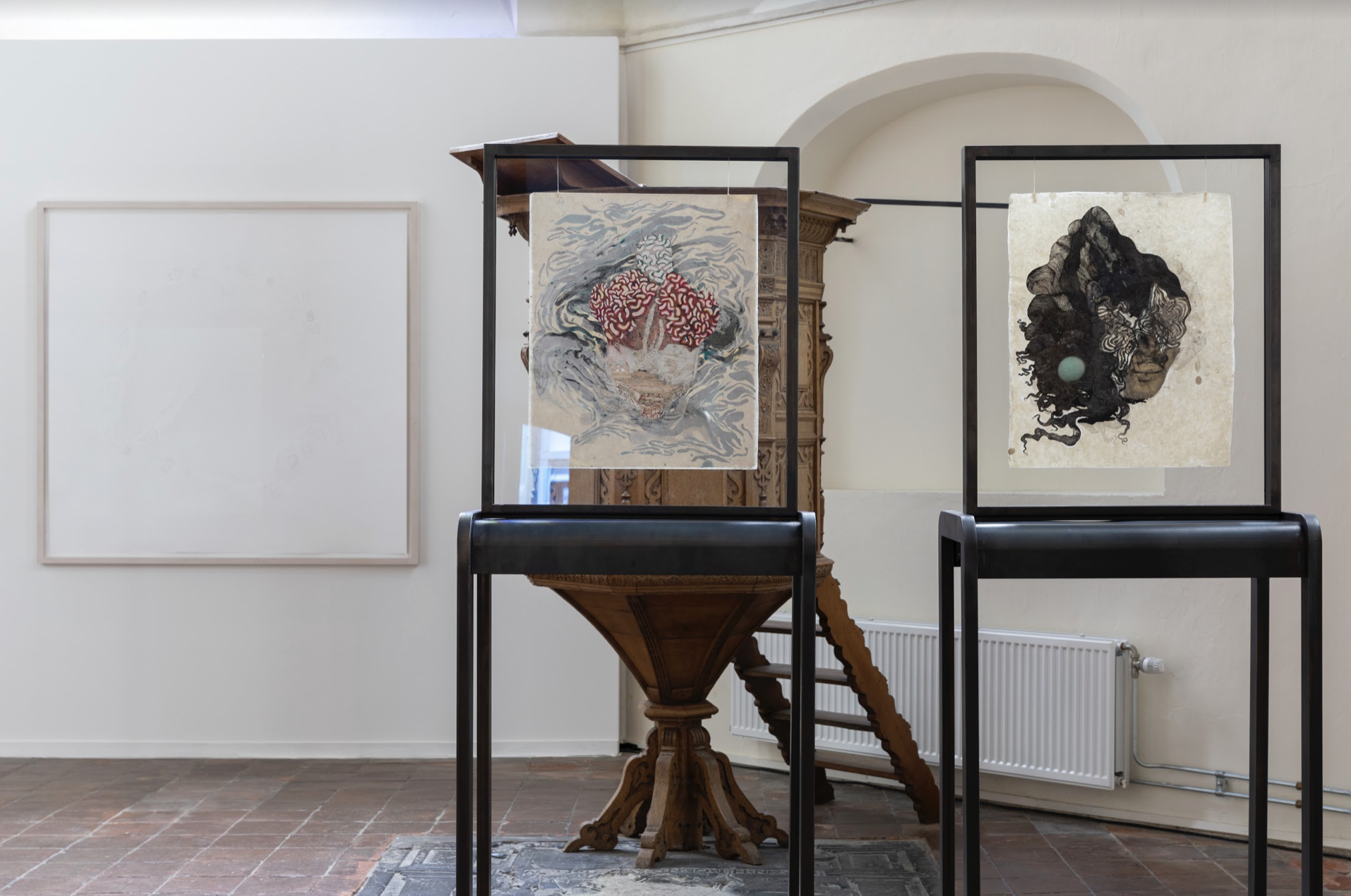