The framework for this site-speciﬁc sculptural installation in the former aeroplane hangar at Buitenplaats Koningsweg, on the outskirts of Arnhem, overlaps two contexts: the Second World War history of the hangar and the cultural implications of the long-running international art exhibition with pavilions in Park Sonsbeek.

The hangar is set within a military compound built by German occupiers during the Second World War, constructed using vernacular building methods to camouﬂage the buildings so that from air they would appear to be agricultural settlements. For decades after the war, the hangar was used as a barn. It is now an empty, historically signiﬁcant, dilapidated rijksmonument. With the first iteration taking place shortly after the war, it evolved into its current iteration that wandered away from the park and extended its reach. The history of the sculpture exhibition is intertwined with the history of pavilions, having played its part in positioning these temporary structures within the realm of contemporary art. A complex and broad typology with a rich utilitarian and symbolic past, pavilions are still most often present as architectural spectacles in the landscape, placed there to catch the eye. By design, the hangar is the opposite, meant to blend into its surroundings.

HOC OPUS HIC treats the hangar itself as a pavilion, displaying the ‘Sonderbau’ designed to avoid attracting attention. The work complicates the encounter with a reluctant monument, opening it up and ﬁlling it with the only function it seems able to have now: to be looked at. Site access is altered; a dead straight path leads to the building through a reopened back entrance. Inside, movement is limited and uneven ﬂoor surfaces mimic the herringbone paved runway, repeating the typical road surface already an echo. Historical bricks on loan from the local municipality that are normally buried for safekeeping, stored for monument restoration and repair, are stacked in the space. In this stone landscape they display their blank historicity, as something dismantled, extracted or ready to be inserted into another context.

The pathway continues through a dark vernacular interior towards the paved expanse at the original entrance. A large image – like a municipal sign announcing construction – on the other side marks a stop and draws the viewer out of the building. Depicting a feather, the billboard announces the presence of the barn owl that nests in the hangar. The image is not a clarification, but instead points to that which is indigenous to the space, in an enlarged and unnatural form.

In this strange place contradictions repeat: the valued imitation, the displayed and the hidden, access and restriction, the artificial and natural, the original and its echo. Virgil’s ‘HOC OPUS HIC LABOR EST’ means ‘this is the task, this is the hard work’, or, ‘in this the task and mighty labour lies’. HOC OPUS HIC stops midway through this statement, all the certainty and conviction in a holding pattern.

Sunette L. Viljoen (1985, Mbombela) is a visual artist living and working in Berlin. Her sculptural installations often include painting, photography, printed matter and objects. Frequently site-speciﬁc, the work takes into account architectural and historical contingencies, as well as an awareness of how one encounters space and the larger context that informs what one sees. By adapting to a given situation or context, whether it is a historical site, institutional framework or an archive, her work searches for a way to model the conditions that complicate a place. Smaller components are put together to make up a larger work, and it is how these parts sit together that is of interest. The parts often manifest a process of making and becoming, her practice follows a methodology where intuitive decisions are systematically reworked. With elements that seem to short-circuit between blurring and obscuring, distance and proximity, tactility, tangibility and clarity, it is an approach that laterally links vision, architectural space and social context. Viljoen earned her MFA from the University of Cape Town’s Michaelis School of Fine Art in South Africa in 2012. She was a participant at the Jan van Eyck Academie, Maastricht in 2014 and is currently a fellow at Akademie Schloss Solitude, Stuttgart. 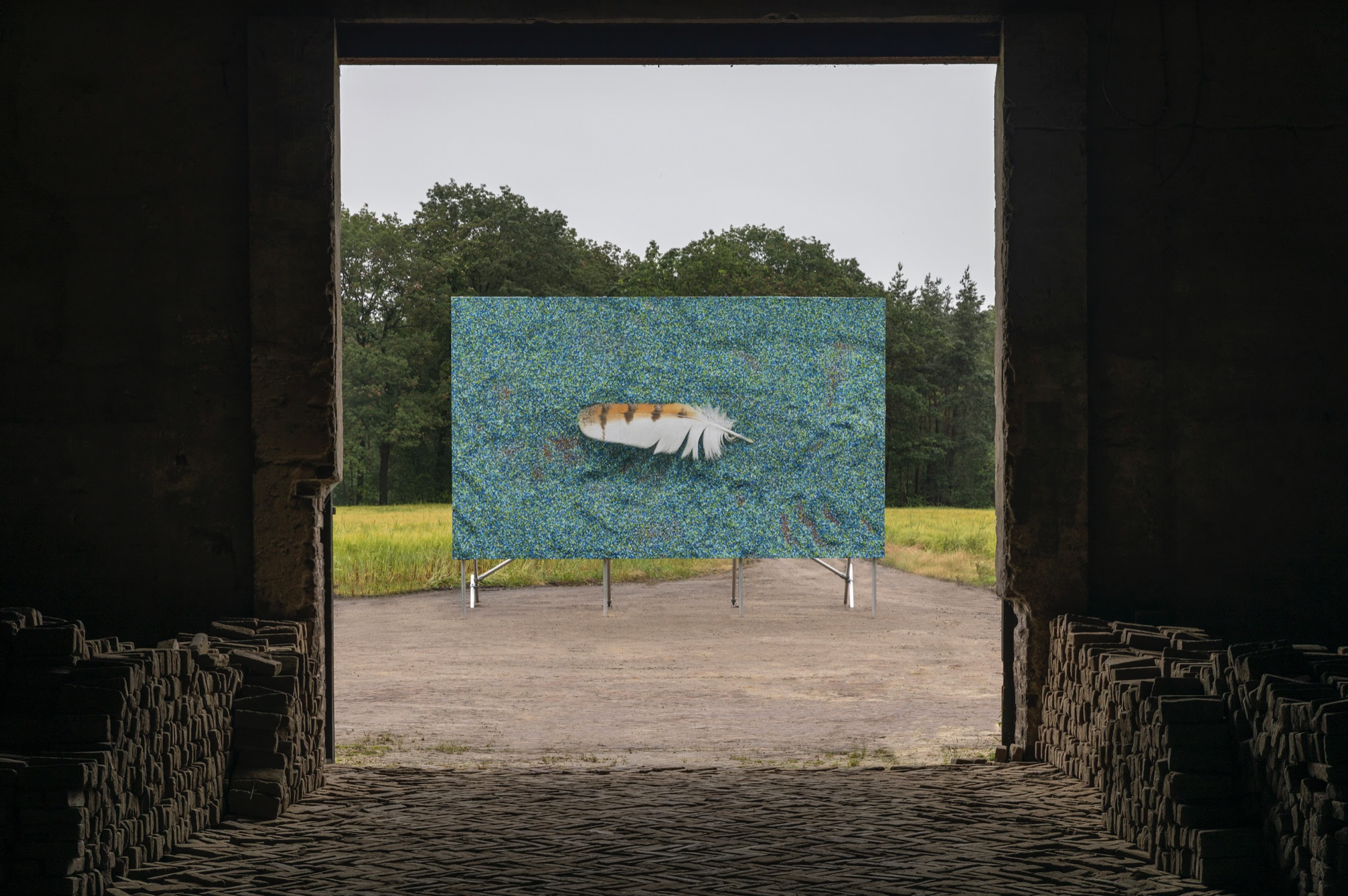