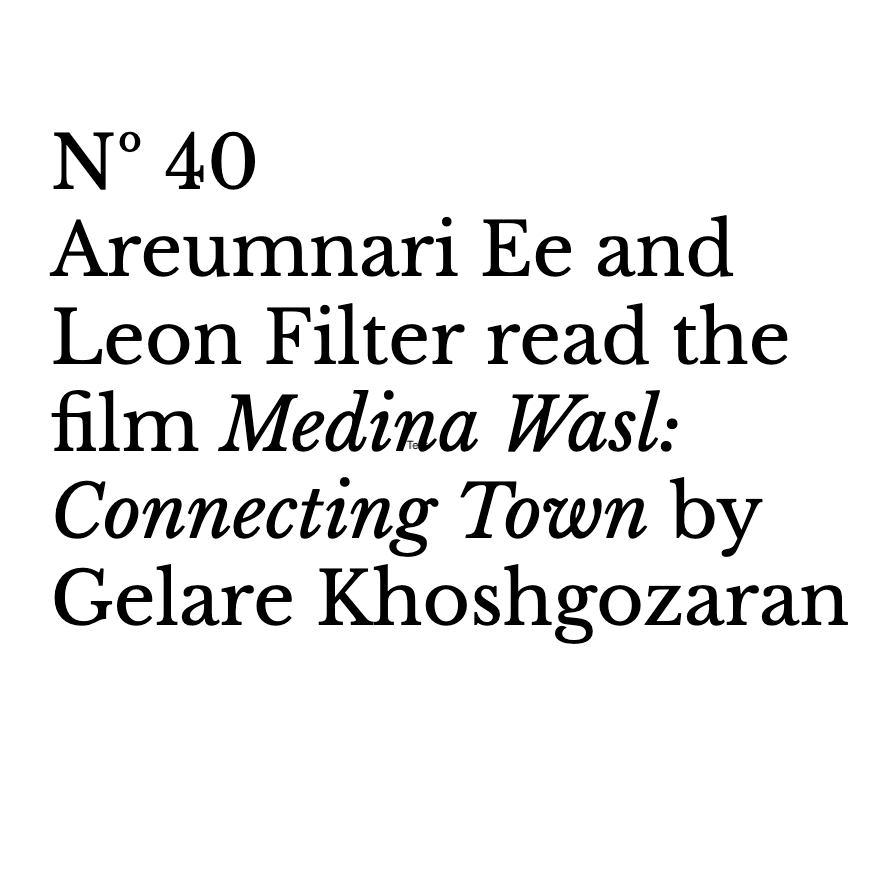 The Listening Group is a communal practice of listening and moving together while conversing about texts and films. Beginning a new trajectory the Listening Group is going to "read films", focusing on queer and feminist contemporary moving image practices that echo struggle, deal with forms of resistance or articulate propositions.

For this first gathering we will meet at the Open Kino Pavillon by Wendelien van Oldenborgh and Erika Hock and go on a listening walk in the Sonsbeek Park of a pre recorded reading of the film Medina Wasl: Connecting Town by Gelare Khoshgozaran, watch the film in the Pavillon and talk about what we attended sonically and visually.

If you would like to participate, please send an email to mail@leonfilter.works until Friday the 30th of July. To participate, you will need headphones and a device from which you can play audio files (Smartphone or mp3 player is fine).

Covid-wise, we will be outside the whole time. However, it is advised to bring masks for the screening in the Pavillon. The Group will be limited to approx. 15 people.

18:15 Meeting at Steile Tuin in Park Sonsbeek next to the Open Kino Pavillon.

As a film project, Medina Wasl: Connecting Town glances at the history of orientalist traditions, landscapes and imagination, as it has developed and persisted over time in the California Mojave desert, and as the lineage of today’s militarization of the Middle East. The introduction of date palm to the US around 1902, led to the Indio Date Festivals of the 1940s-1980s—a tradition continued today as “The Riverside County Fair and Date Festival” with Sahara Trails, Caravansaries, Camel and Ostrich Races, and Arabian Night Pageants. Only a short drive from Indio are several simulacra of Middle Eastern towns at U.S. military training centers. Through the lens of Said’s Orientalism, the project studies the role and history of fiction and speculation in the constructs of the Middle East, and the continued violence enacted through conflating languages, landscapes, cultures and geographical territories in relation to the War on Terror. Medina Wasl: Connecting Town was shot in the small towns of Mecca and Thermal, CA, as well as US the Fort Irwin National Military Training Center or “The Box.” Also known as “Little Afghanistan” or “Medina Wasl,” The Box houses multiple Middle Eastern combat towns, providing simulated battlefields in a climate resembling that of Iraq’s. Originally build during the invasion of Afghanistan, “Medina Wasl” is a “Middle Eastern” town donning the Afghan flag on its multiple buildings, whose name desperately translates to “Connecting Town” in Arabic.

Dressed as an Iranian soldier from the war with Iraq, I documented the areas in the California Desert that have been historically built to resemble the Middle East for industrial, militarized and entertainment purposes, while all three inseparable, overlapping and interwoven. The footage is overlaid with oral interviews I have conducted with U.S. war veterans about their memories of the landscape in the different parts of the Middle East where they were deployed. In this way, the film is intended to blend fiction and reality, dream and waking life as testimony to continued violence. It creates a surreal collage connecting the two regions across the decades through war and colonialism, while the palm tree continues to link my visual memories of the war-torn Shatt al-Arab (during the Iran-Iraq war) to the militarized Southern California desert.

Gelare Khoshgozaran is an undisciplinary artist and writer who, in 2009 was transplanted from street protests in a city of four seasons to the windowless rooms of the University of Southern California where aesthetics and politics were discussed in endless summers.

Areumnari Ee (b.1986) is a multi-disciplinary artist from South Korea. She obtained her BFA from Konkuk University, Seoul, South Korea (2010) and MA from Dutch Art Institute, Netherlands (2018). She develops conceptual, critical, yet poetic narrative using minimal and multi-sensorial setting that evokes viscerality of affect with reverberation. It portrays daily politics including feminism, colonialism, capitalism, etc and its pathological aspects as well. From the intricacy of contemporariness and its cracks, she aims to capture the potency for the different layer of current reality.

Leon Filter is an artist whose practice is based in writing and conversational practice and materialises around film and publications. Interested in the processes through which present conditions become charged and how the effects are narrated he specifically explores notions and gestures of pedagogy, the cinematic and unfitness. 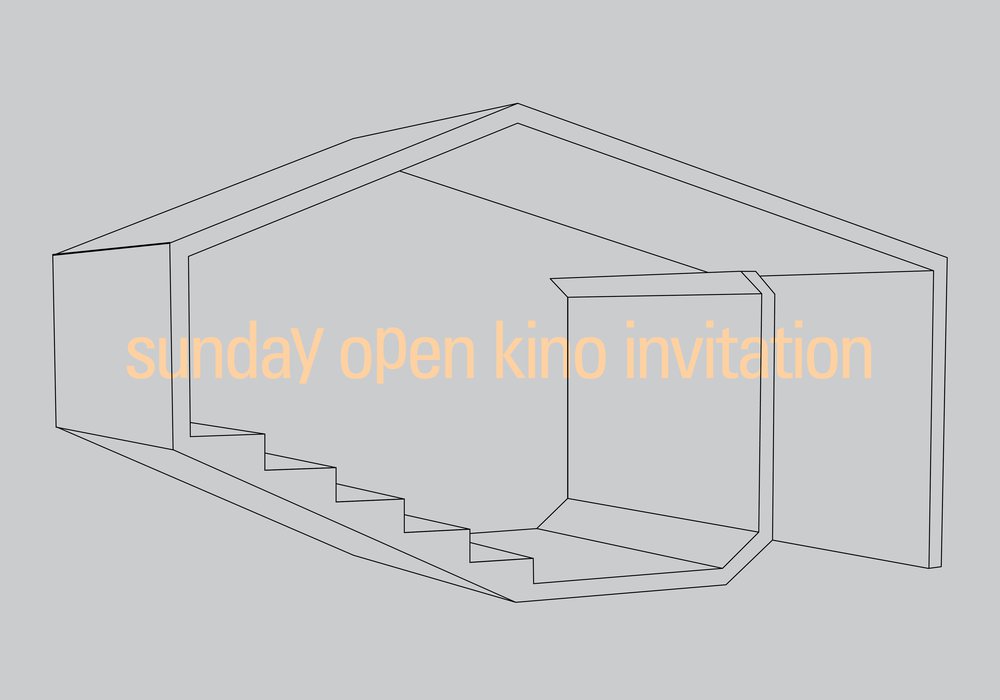