Back to editorial room:
Issue No. 3

In this edition of our monthly bulletin, we have selected four films that deal with the archive and archival practices in different ways. They show us how archives have influenced our perception of histories or how they work to prolong certain legacies. Some films try to question archival entries or even disrupt the archive. Or they care to try to add histories that would otherwise be lost.

A Magical Substance Flows Into Me, Jumana Manna (66’, 2016)
Language: Arabic with English subtitles

“A magical substance flows into me opens with a crackly voice recording of Dr. Robert Lachmann, an enigmatic Jewish-German ethnomusicologist who emigrated to 1930s Palestine. While attempting to establish an archive and department of Oriental Music at the Hebrew University, Lachmann created a radio program for the Palestine Broadcasting Service called “Oriental Music”, where he would invite members of local communities to perform their vernacular music. Over the course of the film I follow in Lachmann’s footsteps and visit Kurdish, Moroccan and Yemenite Jews, Samaritans, members of urban and rural Palestinian communities, Bedouins and Coptic Christians, as they exist today within the geographic space of historical Palestine. Manna engages them in conversation around their music, while lingering over that music’s history as well as its current, sometimes endangered state. Intercutting these encounters with musicians, are a series of vignettes of interactions of the artist with her parents in the bounds of their family home. In a metaphorical excavation of an endlessly contested history, the film’s preoccupations include: the complexities embedded in language, as well as desire and the aural set against the notion of im- possibility. Within the hackneyed one-dimensional ideas about Palestine/Israel, this impossibility becomes itself a trope that defines the Palestinian landscape.” 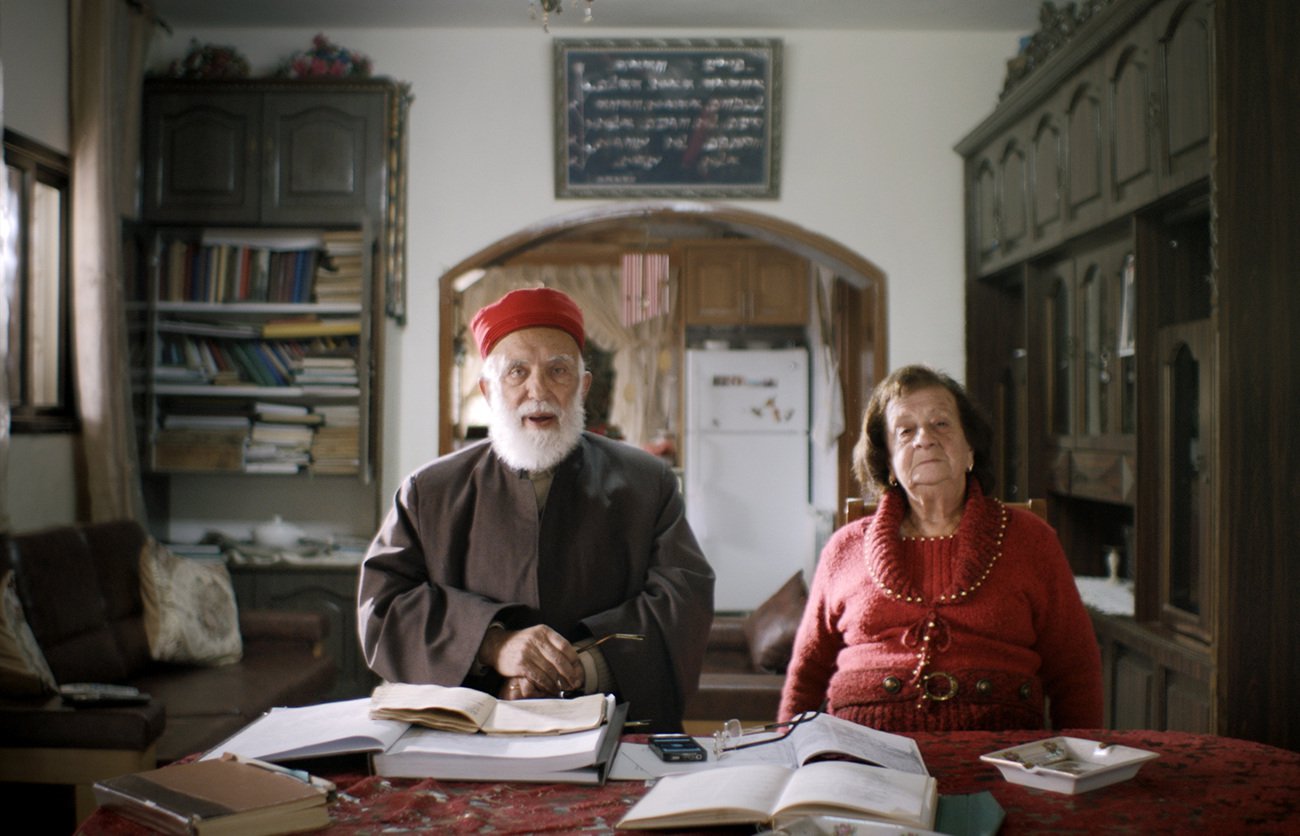 The 1971 Sonsbeek exhibition was subtitled 'Sonsbeek buiten de perken' (literally: "Sonsbeek Beyond Its Bounds", or freely as: "Sonsbeek Let Loose"). It was not limited to the confines of the park, but instead stretched out over all the Dutch nation. This was the period of land art, conceptual art, process art, minimal art, performance, and video; the traditional socle sculpture had disappeared. In ’Sonsbeek Beyond Its Bounds’ the concept of sculpture as such was put to discussion, as well as the way in which the work of art functions in the environment it was put in.

Courtesy of Argos Centre for Art and Media

After the Second World War, the Dutch National Information Services made a series of black and white 35 millimeter sound films about the islands in the Caribbean still colonized by the Dutch. The series, 'Films Over The West', were shown in Dutch cinemas as examinations of island life. In 2019, Quinsy Gario and Glenda Martinus, his mother, travelled to St. Maarten to revisit the locations shown in the original 1947 film. In ‘Tracing A Memory’, shot on Super 8, Quinsy and Glenda retrace the images of the 1948 film. However, this synchronization is first of all disrupted by time, the images revealing their present date by the cars, clothing and infrastructure. Secondly, we see Glenda sometimes looking out or walking, seeing what we as viewers are not: a contemporary Sint Maarten in full colour with her son behind the camera. Although its colonial gaze is still very present in its retracing, the images also subtly disrupt this gaze through the local narrator, or ‘examinator’. 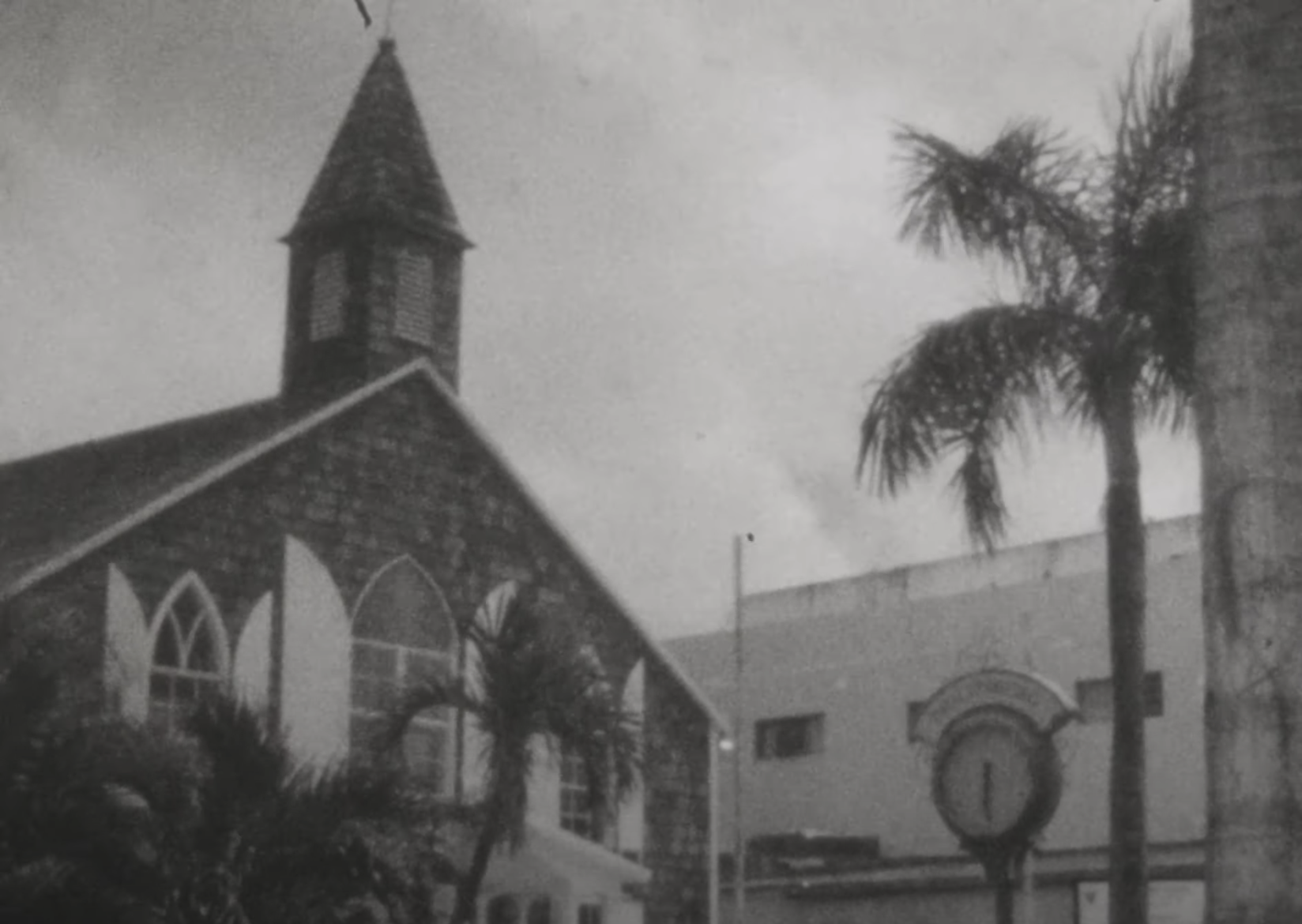 The research project “Geographies of Freedom" by Miguel Peres Dos Santos and Egbert Alejandro Martina is a collaborative effort that explores the ways in which architecture, the law, and geography shape our understanding and experience of “freedom”. The project proposes that investigating how freedom has been imagined, theorized, and enshrined in the law can lead to a more critical understanding of geography and architecture’s role in society. As part of this research project, this video essay leads us through colonial narratives of Dutch petrochemical imperialism and its relation to notions of freedom. Navigating through archival footage and contemporary imagery shot in Curaçao and The Netherlands, the film proposes reflections on cultural, socio-economical and political repression. 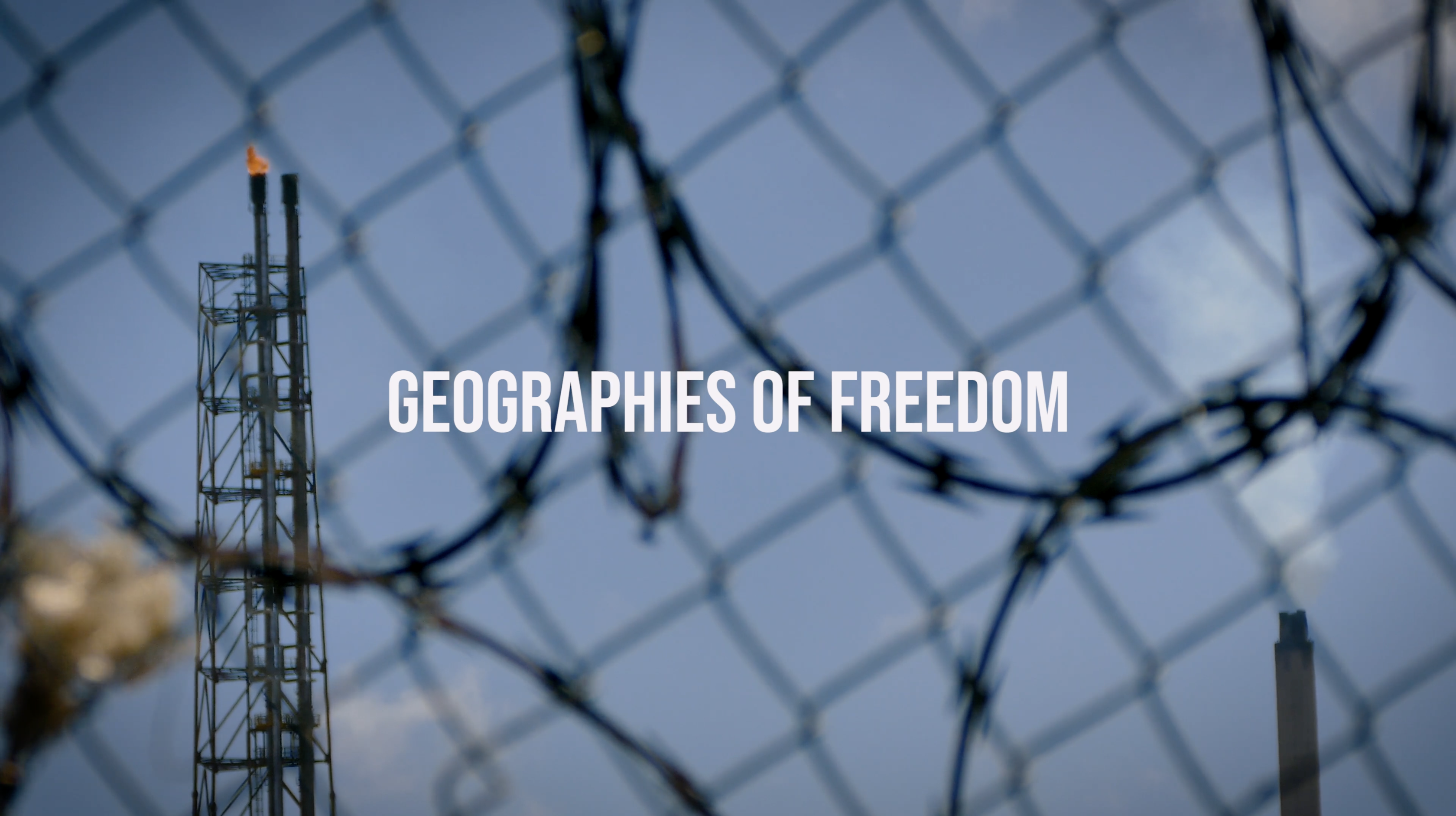 Jef Cornelis (1941-2018) studied set design and film direction at the Netherlands’ Film Academy (Amsterdam) and began his career as a director for the Arts Division of BRT Television (Flanders, Belgium). He worked as executor, director and scriptwriter from 1963 until 1998. Over those 35 years Cornelis accomplished an impressive body of work of over 200 titles. As a whole, his work comprises a unique chronicle of modern and contemporary art since 1960, a history of art and social attitude. At the core of his effort lies a tumultuous relationship between visual art and television.

Quinsy Gario is a visual and performance artist from Curaçao and St. Maarten, Caribbean islands that have Dutch colonization in common. He focuses on decolonial remembering and the denormalization of inherited colonial practices. His most well-known work, Zwarte Piet Is Racisme (2011–2012), critiqued the general knowledge surrounding the racist Dutch figure and practice of Zwarte Piet (Black Pete). He has an academic background in media studies, gender studies and postcolonial studies from Utrecht University, is a graduate of the Master Artistic Research program at the Royal Academy of Art, The Hague and was a recurring participant of the Black Europe Body Politics conference series. He received the Royal Academy Master Thesis Prize 2017, the Black Excellence Award 2016, the Amsterdam Fringe Festival Silver Award 2015, the Dutch Caribbean Pearls Community Pearl Award 2014 and the Hollandse Nieuwe 12 Theatermakers Prize 2011. Gario is a member of Family Connection, a 2017 Humanity in Action Detroit Fellow, a 2017/2018 BAK Fellow, 2019/2020 APASS researcher and a 2020/2021 Sandberg Institute Critical Studies Research Fellow.

Jumana Manna (b. 1987) is a visual artist working primarily with film and sculpture. Her work explores how power is articulated through relationships, often focusing on the body and materiality in relation to narratives of nationalism, and histories of place. She was awarded the A.M. Qattan Foundation’s Young Palestinian Artist Award in 2012 and the Ars Viva Prize for Visual Arts in 2017. Manna has participated in various film festivals and exhibitions, including Henie Onstad Museum, Norway, 2018; Mercer Union, Canada, 2017; Jeu de Paume and CAPC Bordeaux, France, 2017; SculptureCenter, USA, 2014; Marrakech Biennale 6, 2016; The Nordic Pavilion at the 57th Venice Biennale; as well as the 54th and 56th Viennale International Film Festivals, 66th and 68th Berlinale and CPH:DOX 2018, where Wild Relatives won the New:Visions award. Manna was raised in Jerusalem and is currently based in Berlin.

Miguel Peres dos Santos is an artist who works in a variety of media. By emphasizing aesthetics, Peres dos Santos reflects on the closely related subjects of archive and memory. His artworks sometimes radiate a cold and latent violence. At times, disconcerting beauty emerges. Moments are depicted that only exist to punctuate the human drama in order to clarify our existence and to find poetic meaning in everyday life. His works demonstrate how life extends beyond its own subjective limits and often tells a story about the effects of global cultural interaction over the latter half of the twentieth century. It challenges the binaries we continually reconstruct between Self and Other, between our own ‘cannibal’ and ‘civilized’ selves. By using an ever-growing archive of found documents to create autonomous artworks, his works references post- colonial theory as well as the avant-garde or the post-modern and the left-wing democratic movement as a form of resistance against the logic of the capitalist market system.