Back to editorial room:
Issue No. 1 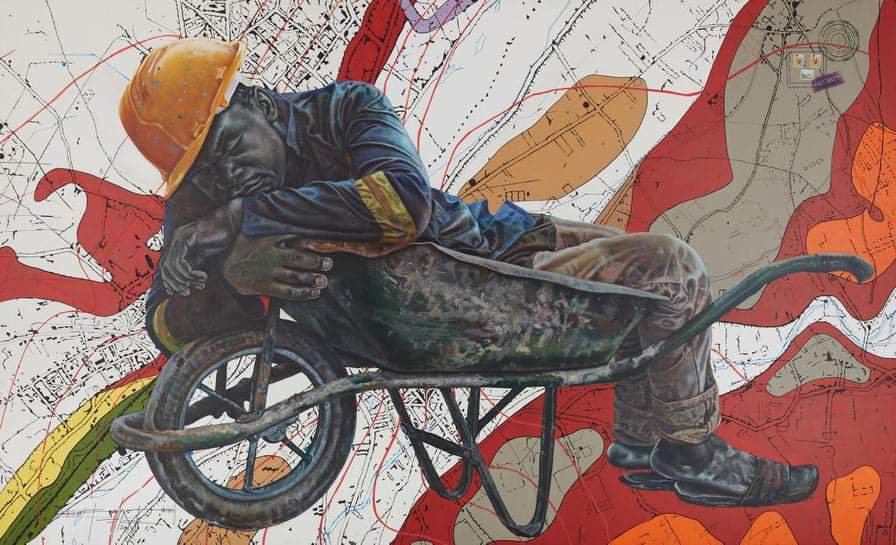 Wherefore this busy labor without rest?
Is it an idle dream to which we cling,
Here where a thousand dusky toilers sing
Unto the world their hope? “Build we our best.
By hand and thought,” they cry,
“although unblessed.”
So the great engines throb, and anvils ring,
And so the thought is wedded to the thing;
But what shall be the end, and what the test?

“It is perhaps the great discomfort of those trying to silence the world to discover that we have voices sealed inside our heads, voices that with each passing day, grow even louder than the clamor of the world outside.”

― The Farming of Bones, Edwidge Danticat

Amidst everything that is currently going on, what is silenced and what reverberates? What is revealed and what is ignored? Is solidarity resonating right now? Do we perceive its echoes while some people keep being denied breath?

It is impossible not to relate the curatorial framework of sonsbeek20→24 to the present moment, as much as it is impossible to not connect the present moment to our entangled histories, to a multitude of voices, sounds, and ripples. With this first bulletin we introduce some of the layers and the framework that has guided our thinking until now. We do so by sharing different offerings, that pulsate the sounds of times past, present, and future—that aim to reveal the complex labour relations and inequalities that show who is seen, who is (in)dispensable, who is seemingly worth our applause, and who is fawningly silent.

Because for some, these times are merely bundles of repackaged war metaphors and symbolic gestures that mirror the familiar cycles of inequalities and histories of labour injustice, while for others the pressure of immense uncertainties and deprivation are relatively unknown and pose new challenges. So how do we show up for each other? For real? How do we work through radical forms of global and intergenerational solidarity that are embodied, communal, and not merely consumed, commodified and therefore fleeting?

Conscious of how questions around labour and the sonic are becoming increasingly relevant, pressing, and radically shared, we decided to launch an ongoing online public program featuring talks, films, texts, musical and performative interludes. The online content will be clustered around questions of care work, precarious labour conditions, informal and criminalised labour, universal basic income, labour and access to health care and education, labour and the abuse of power and social protection, as well as the way race, class, gender, and religion inform labour in general and possible training and career prospects.

We invite you to step into our editorial room through Wherefore this busy labor without rest?; our first bulletin featuring an introductory essay by Bonaventure Soh Bejeng Ndikung; a conversation with Kodwo Eshun; newly commissioned sound performances by Shenece Oretha and Nástio Mosquito; a “Home Office Story” by Flavia Dzodan; films by Wendelien van Oldenborgh, Hira Nabi, and Lawrence Abu Hamdan; and a mixtape around labour, protest, leisure, and life by the sonsbeek curatorial team.