it’s a question of power, isn’t it? (full mixtape)

Back to editorial room:
Issue No. 4

The only thing in the world that’s worth beginning:

The End of the World, no less (Césaire)

The mixtape 𝐼𝑡'𝑠 𝑎 𝑄𝑢𝑒𝑠𝑡𝑖𝑜𝑛 𝑜𝑓 𝑃𝑜𝑤𝑒𝑟, 𝐼𝑠𝑛'𝑡 𝐼𝑡? reflects on the various registers through which racial and gendered capitalism come to us. Race and gender are staged, presented as ‘highly visiblised’ social constructions. Jennifer Lynn Stoever has shown us that sound and listening not only inscribe the racial (and to a degree the gendered) policing/politics of our world, but actively produce and activate them.

𝐼𝑡'𝑠 𝑎 𝑄𝑢𝑒𝑠𝑡𝑖𝑜𝑛 𝑜𝑓 𝑃𝑜𝑤𝑒𝑟, 𝐼𝑠𝑛'𝑡 𝐼𝑡? was stitched and watered live at Mondoré, in Bɔ́ Bɛtɔk Bijlmer, Mondoré. The mixtape foregrounds active, embodied, spiritual listening that engages different sensors. There’s no guideline, merely an invitation to embark on a +/- 2 hour listening session, that brings together the idea of racial capitalism as proposed by scholar Cedric Robinson in Black Marxism (1983) and the rich tapestry of thought and prose by Black and Asian radical writers and scholars such as Ama Ata Aidoo, Ruth Wilson Gilmore, Gargi Bhattacharyya or Sylvia Wynter who question the deep interconnectivity between gender, race and capitalism. With this bulletin, we attempted to interweave a cacophony of voices, silences, whispers, thoughts, laughter and cries that question how gendered and racialised capitalism shape our understanding of contemporary labour conditions. 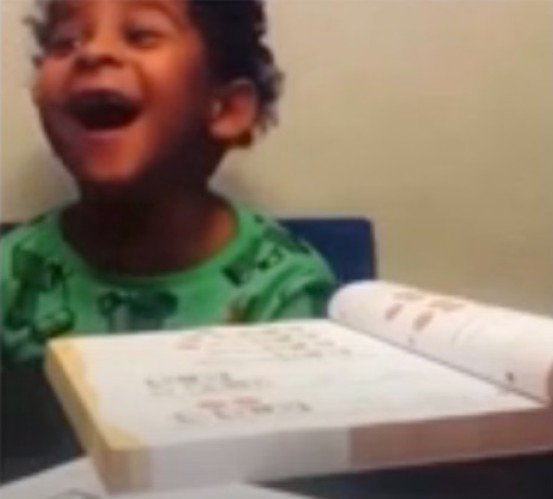 A-six-year-old figured out that the calculation is broken. The numbers don’t add up. The artist Yasiin Bey, formerly known as Mos Def forewarned  us in his song “Mathematics”, released in 1999 that we need to learn how to add, but how to make sense of this racialised, gendered and capitalist world, when we just established that the numbers don’t add up. Can the question of labour “unsettle the coloniality of race, violence, and place?”

Maybe, Yasiin Bey neglected to mention that some of us have been adding, extracting, penny pinching and hustling for centuries? The paper is never enough. Maybe the calculation is unworkable. In this new decade, and many economic collapses later, we know that beings and non-beings are drowning in the laboured noise of the capitalist machine and its demand for capital, property and human or automated production. The pandemic exposed how capitalism relentlessly feeds on disposable bodies. At the bottom of the foodchain, this system sustains itself with anonymised zero-hour contractors, undocumented (domestic, invisibilsed) essential workers, cleaners, sex workers, blue-clerks and interns. Mostly women, Black, people of colour and or working class. Robin D.G. Kelley points out that “if you think of capitalism as racial capitalism, then the outcome is you cannot eliminate capitalism, overthrow it, without the complete destruction of white supremacy, or the racial regime under which it’s built." Let’s hold on to this thought. What if we listen around the corners and stay with thinker Gargi Bhattacharyya, when she poignantly informs us that “in the capitalist mode of production, it is workers who produce commodities and that is the beating heart of the system. But social reproduction theory asks the question; if workers produce commodities, who produced the workers?”

Let’s tune into this labour of undoing. What does it sound like? After all, what happens when we put living freely at the center of our work? How do we unpack the different degrees of inequality and precarity that are the sinking foundations of our societies and lives?

Work encapsulated by aspiration is a death sentence. The phrase, “work hard, play harder” is a guilt-based capitalist invitation to justify the pleasures of rest, subsequently erasing the urgency of re-energising oneself/ourselves.

Words that don’t rhyme with productivity nor reverberate labour. Who is afforded to be lazy? To drop-out or burn-out? If anything, this mixtape is not a call to action, it’s an invitation to listen caringly in the lower registers. To listen between the breaks. Pause to the water drops. Water drops break the beat into an intimacy that is both fleeting and familiar, moving between the belly and the ears.

𝐼𝑡'𝑠 𝑎 𝑄𝑢𝑒𝑠𝑡𝑖𝑜𝑛 𝑜𝑓 𝑃𝑜𝑤𝑒𝑟, 𝐼𝑠𝑛'𝑡 𝐼𝑡? doesn’t offer solutions nor an escapist agenda, because it turns towards a multiphonic reading of racialised and gendered capitalism that renders us complicit in this global project. To what extent can a mixtape be a space for the lives that are rendered useful—often racial, commodified, and gendered? Especially when it embodies a noisy, sonic, repetitive time machine that moves between the haunting, poetic and doubtful? What do we do with power when it never afforded us to be free?

These notes, thoughts, poetic lines, noise and sonic fractures are released alongside the voices, whispers and shouts of pain, refusal, impatience and joy. They explore, engage and play with how racial and gendered capitalism shapes our ways of being. How it imprisons our lives and endangers our futures. To what histories or futures do we turn when the present is a labyrinth that disrupts but doesn’t dismantle the toxicities of this world? What is capital but mere taste and desire repackaged as property? Here, we echo artist and scholar Petero Kalule who confirms that

“there is no finality/ totality/universality/pinnacle to this listening”

Eyongakpa's recent ideas increasingly draw from indigenous knowledge systems, ethnobotany, applied mycology and technology. He is also known for itinerant research spaces and autonomous art hubs; KHaL! SHRINE (Yaounde, (2007-2013),  Bɔ́ Bɛtɔk/ ɛfúkúyú, (Amsterdam, Calabar, 2017-). Eyongakpa holds degrees in Plant Biology and Ecology from the University of Yaounde 1 and was a resident at the Rijksakademie van Beeldende Kunsten in Amsterdam. The artist's work has been shared/experienced at several gatherings and venues around the world.

Mondoré at Bɔ́ Bɛtɔk Bijlmer serves as an in-between space that connects the network of studios, bedrooms, projection room and kitchen. It hosts a small 16 channel analog recording unit for sonic conversations.