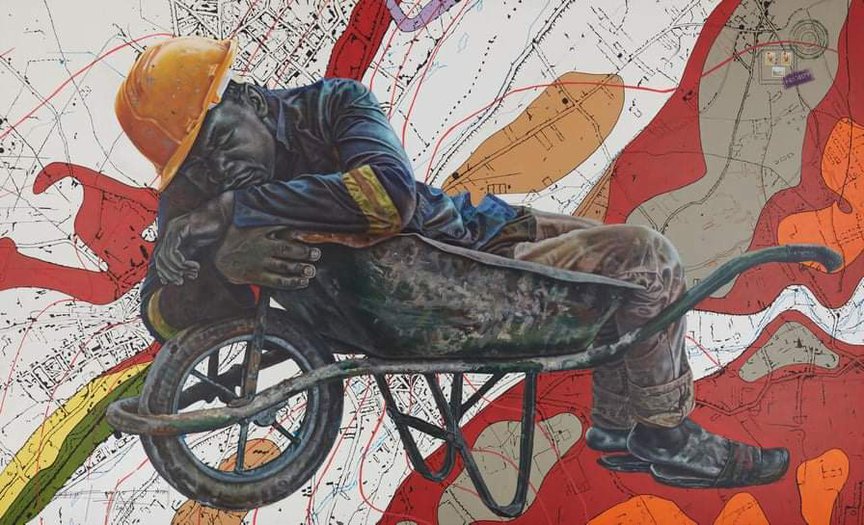 We are delighted to announce our very first online bulletin entitled 'Wherefore this busy labor without rest?'. This publication, which can be read/ viewed/listened to here, is part of the online public program that acts as a prelude to the upcoming edition of sonsbeek - Force Times Distance: On Labor and its Sonic Ecologies. The launch of this 'prelude' by sonsbeek coincides with the original opening week of the art event. The program commits to current developments in the world and the important conversations going on about labour and related histories. Urgent questions about precarious working conditions, informal and criminalized forms of work, basic income, the relationship between work and the accessibility of care and education, work and the abuse of power and social security are addressed. It also looks at how the history of labour and the working class is linked to issues such as race, gender, class structures, geographical distance and politics.

The online bulletin starts with an essay by artistic director of sonsbeek20 → 24, Bonaventure Soh Bejeng Ndikung, followed by a conversation with Kodwo Eshun, performances by Shenece Oretha and Nástio Mosquito, a 'Home Office Story' by Flavia Dzodan, films by Wendelien by Oldenborgh, Hira Nabi and Lawrence Abu Hamdan and a mixtape with work and protest songs composed by the curator's team of sonsbeek.