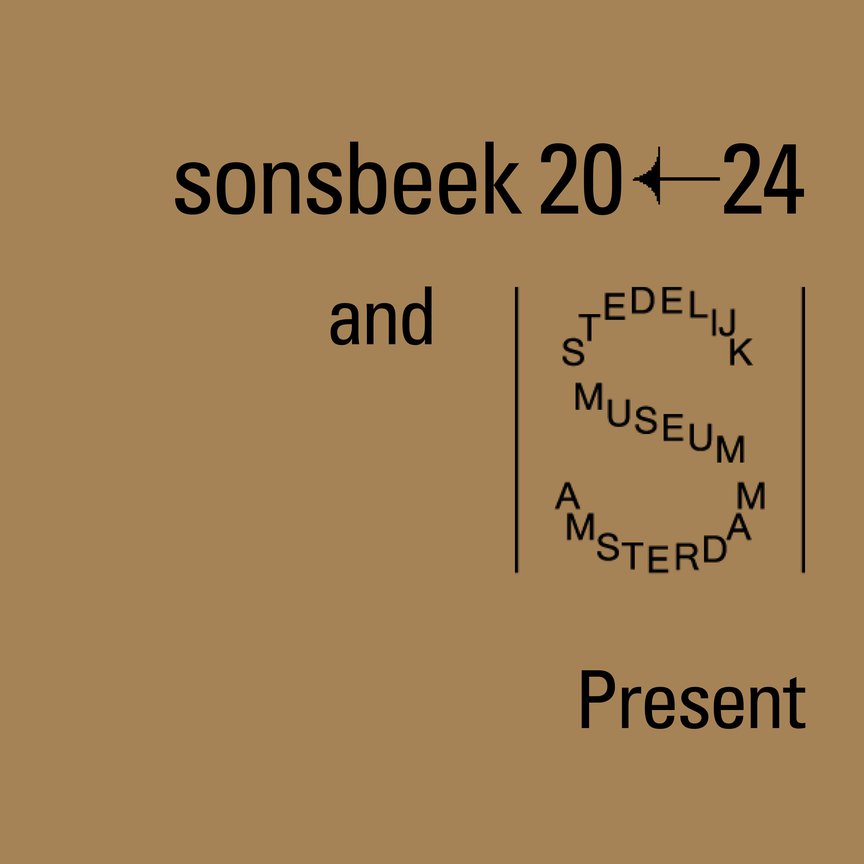 The exhibitions showcase how Abdias Nascimento, Imran Mir and Sedje Hémon navigated the waters of abstraction, expanded the shutters of modernism, reconfigured and liberated minimalism from the firm grip of the Western invention myth and significations, as well as situated the notion of conceptualism within other and wider geographies, histories and cultures. It will be the first time that the works of Mir and Nascimento are presented as comprehensive monographic exhibitions in Europe and it will be the first expansive exhibition of Sedje Hémon in the Netherlands in decades.

By presenting these positions – anchored in different cultures, histories and artistic expressions and ingrained in the spheres of modernism, abstraction and minimalism – at the Stedelijk, the institution affords itself a critical engagement with the blind spots in its collection and acknowledges the multiple untold or silenced stories. The curatorial team of sonsbeek20→24 approaches this exhibition as a work of translation. With translation, in its literal meaning to ‘carry another across’, the curators focus on the act of carrying art and experiences across to the walls of the institution.

“The logical explanation is the relationship between painting and music, both of which live in me and my work as a spiritual intermediary”, said Sedje Hémon. For decades, Hémon’s multifaceted practice was lightyears ahead of the way artistic practice has been understood within the West. Hémon described her paintings as music compositions and their abstract forms are to be read as scores in relation to various musical parameters such as duration, pitch and timbre, while fulfilling her theory of the “integration of the arts.” This was her effort to make comprehensive the common origin and intersectionality of all arts and sciences. The title of her tryptic takes its cue from an eponymous painting titled Émotion des Esprits. And like many of her works reveal, Hémon’s practice was a deep deliberation on natural sciences and epistemologies shaped by her lived experience as shoah survivor and resistance. Sedje Hémon excelled in the making of cut-outs, sculptures, musical instruments like the Hémon Pan Flute and method, as well as inventing medical devices and corrective prosthetics. In 1955, she debuted a career as a painter in the Salon des Réalités Nouvelles group exhibition Comparaisons at Musée d’Art Moderne de la Ville de Paris. Since then her works have been presented by orchestras like the Athens Symphony Orchestra and in few exhibitions across Europe. In 2017 her work was presented at documenta 14 in Athens and Kassel.

IMRAN MIR. A WORLD THAT IS NOT ENTIRELY REFLECTIVE BUT CONTEMPLATIVE

The contemplative nature of Imran Mir’s work, the way the works, like essays or theses, in their forms and ideas elaborate on mathematics in general and geometry in particular, give an insight into how physics and the sonic is of consequence. The title of Imran Mir’s exhibition stems from an essay Beyond the Narcissism of the Self by artist and critic, Rasheed Araeen, in which he writes “it seems Imran Mir is turning his back to this mirror-image in an attempt to create a world that is not entirely reflective but contemplative, so that what emerges from it transcends the earthly needs of the body and its pictorial representation.” Born in Karachi in 1950, Imran Mir was an artist who excelled in painting and sculpting, a designer and conceptualizer of advertisements. He graduated from the Central Institute of Arts and Crafts Karachi in 1971 and obtained his master’s degree in communication design from Ontario College of Art and Design, Toronto, in 1976. He returned to Pakistan in 1978 and engaged as an artist challenging the norms of what art in Pakistan could be, but also as an award-winning designer of over 5000 logos and advertisements. He was one of the founding members of the Indus Valley School of Art and Architecture. This solo exhibition at the Stedelijk will be Imran Mir’s first major exhibition in the Netherlands and Europe, and will be accompanied by a reader of the work of Imran Mir.

ABDIAS NASCIMENTO. BEING AN EVENT OF LOVE

The presentation of Abdias Nascimento’s work is structured in five chapters and trajectories that flowed through his whole oeuvre: Activism, Passage, Sexuality, Symbolism/Semiology and Theogony. Nascimento’s work defies the categories of figuration or abstraction, as the gods, the human, the geometric structures, the spiritualities and cosmogonies he evokes or depicts exist beyond those categories. Using symbols, myths, concepts and aphorisms from ancient Egypt, the Yorubas or the Ashantis, Nascimento’s painting practice over four decades can be seen as a compendium of aesthetic, philosophical and political discourses on Blackness and resistance and resistance in Blackness.

Abdias Nascimento founded the Black Experimental Theater (1944) and the Black Art Museum project (1950) in Rio de Janeiro, Brazil. He organized the National Convention of Brazilian Blacks (1946) and the 1st Congress of Brazilian Blacks (1950). While curating the Black Arts Museum project, he began developing his own creative work. In exile from the military regime (1968 —1982), he exhibited widely in the U.S., where he served as Full Professor at the State University of New York. On return from exile he founded the Afro-Brazilian Studies and Research Institute (IPEAFRO), which organized the 3rd Congress of Black Culture in the Americas (1982).

The exhibition is framed within the quadrennial sonsbeek20→24 “Force Times Distance: On Labour and Its Sonic Ecologies”, Arnhem, the Netherlands.

The exhibition is developed in partnership with the Sedje Hémon Foundation, Afro-Brazilian Studies and Research Institute (IPEAFRO) and the Imran Mir Art Foundation.

The exhibition is a joint partnership between Stedelijk Museum Amsterdam and Stichting Sonsbeek.

ON SONSBEEK
By expanding its time frame until 2024 and initiating a deceleration process, sonsbeek20→24 stages a continuous public and educational program choreographed at different scales that will include a series of demonstrations, events, lectures, workshops, performances, and listening sessions. sonsbeek20→24 is committed to establishing long-term relations between artists and their practices, local communities and institutions, as well as different public sites and their everyday visitors.

The curatorial framework of sonsbeek20→24, centered around labor and its sonicities, connects a millenary history crossing times and geographies to the present moment, through a multitude of voices, sounds, and ripples. It invites us to listen to the sounds relegated to the “edges” of the “main” motive, to the whispered stories, to those passed through singing and through storytelling, and embodied narratives. An edition that inhabits the absence from the dominant image. An edition that draws particular attention to that which has been written otherwise—in singing, playing, performing, dancing, caring, in polyphonic rhythms and multiple motherless-tongues thanks to which memories, traditions, spiritualities, entire cosmologies crossed oceans and deserts. This edition aims to reveal the complex labor relations and inequalities that show who is (un)seen, who is (in)dispensable, who is seemingly worth our applause, and who is fawningly silent. www.sonsbeek20-24.org

Note for the editors
For more information and press images you are welcome to contact the sonsbeek team, info@sonsbeek.org 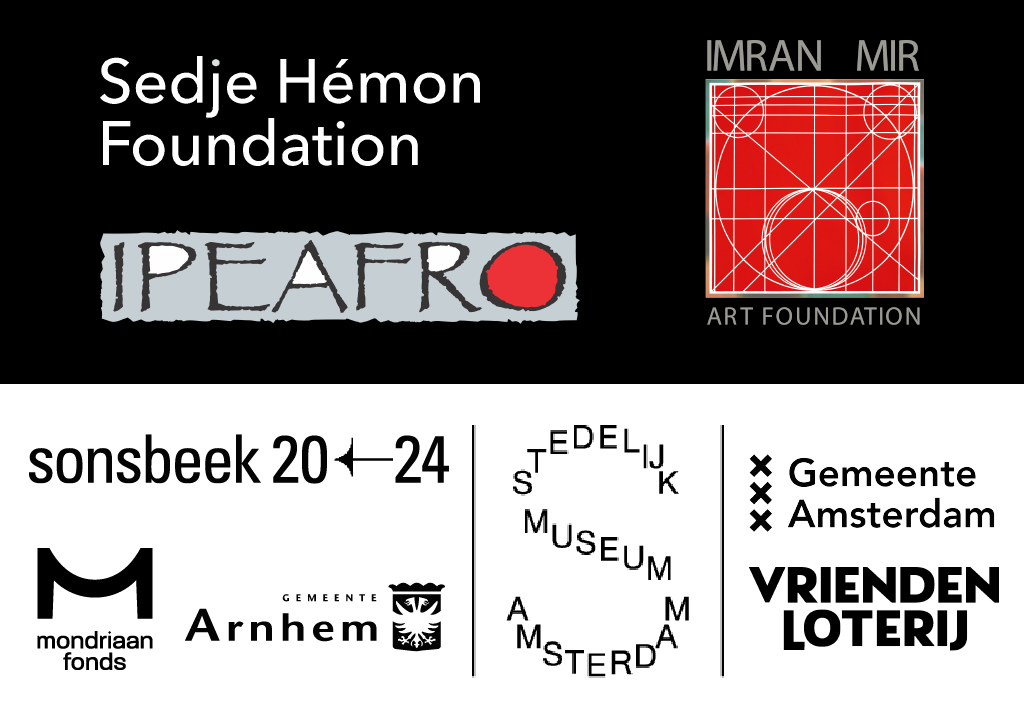