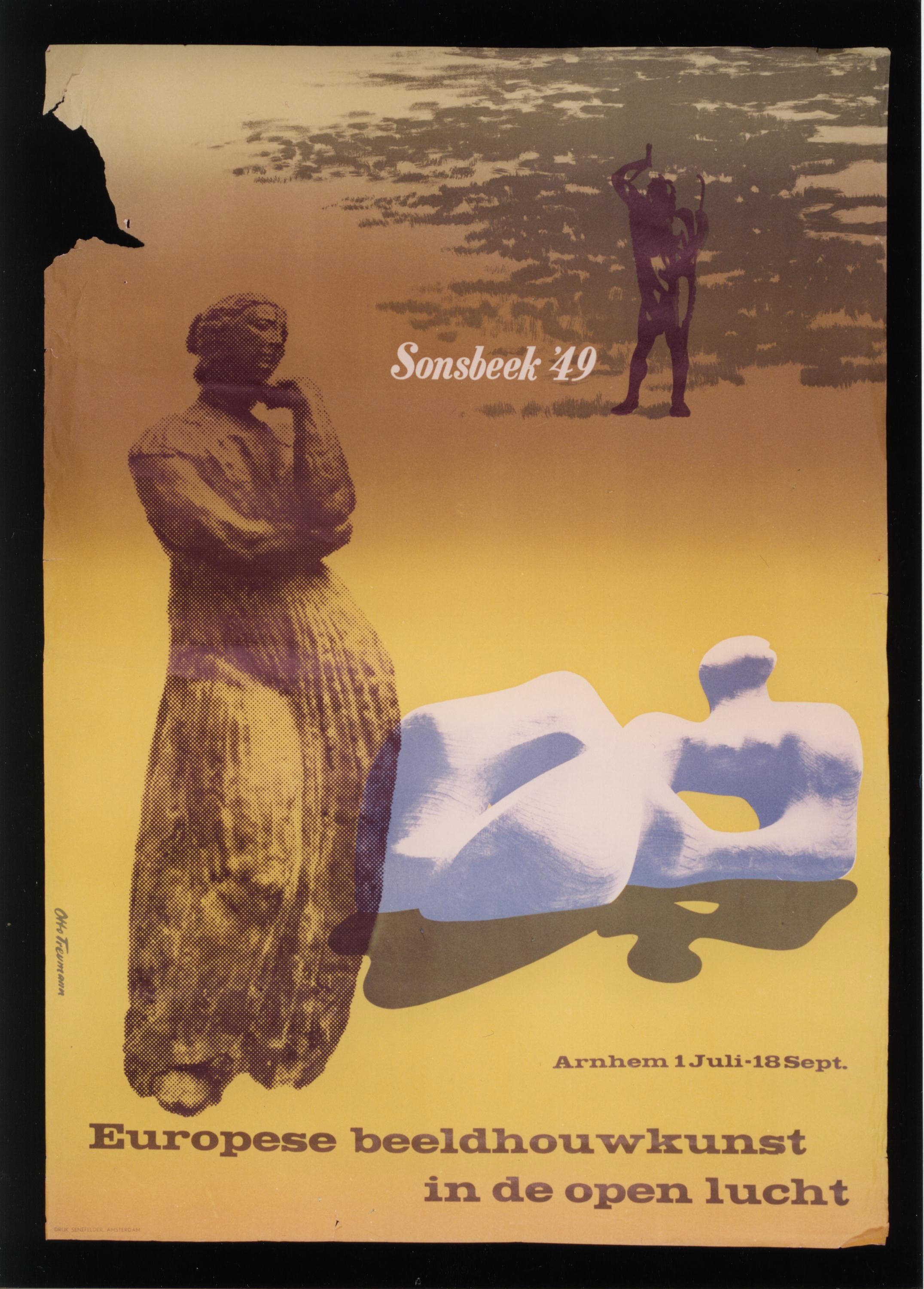 During sonsbeek '49 the horrors of the Second World War were still undeniably visible, the memories, still very much alive in people’s minds and the physical traces of the war still present in Arnhem’s urban landscape, which had been badly damaged by the bombings. The first exhibition showed European sculptures in the open air of Sonsbeek Park, more than 200 works by artists from Northern and Western Europe from ca. 1900 onwards. Because of the many war memorials, this first edition can also be seen as an ode to the war liberation.

A jury composed of members of ‘Dutch Society of Sculptors’ (De Nederlandse Kring van Beeldhouwers) selected all the sculptures for the first edition. Unsurprisingly, about three quarters of the selected artists were Dutch, other artists came from other western European countries, including Belgium, France, Denmark, Austria, and Switzerland. A small pavilion was set up to present small sculptures. The exhibitions that followed in 1952, 1955 and 1958 had broadly the same character.